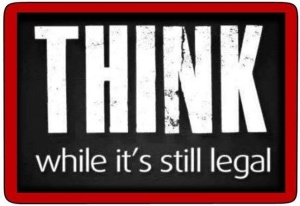 Social Justice.
I hear that ill-defined term being bandied about an awful lot in the world of stopping the assault on education by proponents and implementers of the Common Core Agenda.
So much distraction comes from it from those who are apparently more interested in every issue BUT actually stopping the CCA.
What about some “Social Justices” for the kids suffering under this horrid attack on education?
How about a little focus on some straight-up, old fashioned, not-constantly-being-redefined-to-fit-a-revised-political-agenda “Justice”!
When are people going to put aside their ever expanding list of ideological talking points and self-angering diatribes about institutionalized “this” and PhD backflips-to-justify “that’s” and just get down to the brass tacks of stopping both the Common Core and bringing to Justice those people responsible for both it’s originations and implementations?
Is it possible, for one momentary election cycle, that these whiny-about-every-perceived-offense people to actually stop thinking about themselves and their academically induced rage over someone’s chip-on-the-shoulder senior thesis in some manny-pamby ivory tower professors class on “how racism is bad but all white people are privileged racists” long enough to see through the fog of political warfare that an entire generation of children, of every race, color and creed, are being sacrificed upon the alter of a global enslavement via the machinations of this quasi big government-big labor-big corporate conspiracy to control access to the vast repository of human knowledge?
Where is the “Justice” and/or “Social Justice” for all the children being swept up in this massive “preK-thru-12-thru-college and career” data grabbing, psycho analyzing, behavioral modifying, anti religion sermonizing, de-individualizing, historical revisionist proselytizing, pile of family and country destroying propaganda-on-a-never-before-seen-scale bullshit lying system of totalitarian fascist monopolizing of power over the people of this country and, in point of fact, this planet?
Sure, we get it… “Too big to fail” corporations are bad and they have a huge hand in all of this, but so do “too big to fail” unions and “too big to fail” centralized governments!
Whining and complaining about one, while conveniently ignoring the role of other two is nothing less than an exercise in mass stupidity couched in the comfort of a close-minded cognitive dissonance that is, frankly, the most selfish act that someone claiming “social awareness” could possibly commit!
Cut that crap out!
Stop blindly voting for some politician or party whom
you KNOW is harming children, and will
continue to harm children, right now because they have you so enamored with their Orwellian Newspeak that you really haven’t had an original thought of your own in decades!
Any chance of saving the planet, ending racism or seeing all people treated equally and with respect towards one another on a personal or judicial level in the near or distant future is being throw out the damned window right now by the elitist establishment rulers in charge of big government/labor/business, who are ALL in cahoots, by this atrocity called the Common Core!
Parents are suffering as their children are suffering the very same onslaught that teachers are suffering, as our schools are being stolen by intellectual robber barons whose goal is to produce mindless automatons who will only ever do what they are 1)trained to do, and 2)told to do, by some zero tolerance bureaucratic-corporate whip-cracking slave driver who, btw, is well motivated and eager to fulfill their own desire for power by making your life a living hell via impoverishment and/or enslavement to the same system of data driven tyranny!
Whether you are a parent, an educator, an administrator or just some shlub-of-a-taxpayer working too hard for way too little… This mindless, follow-the-cult-of-personality pretty boy/girl spouting he latest dreamy, politically approved and correct diatribe of “what they gonna do for you” gobbledygook has to stop and it has to stop now!
There is not a single issue in the universe more important than securing the free flow of knowledge for this generation, and every successive generation, of children right now, at this moment in time!
Yeah, there are big problems in the world but not a one of them will ever be solved or addressed if the children of today never grow up free and with the ability to think for themselves or discover the knowledge needed to do so, that is being vaulted away from them right now by the Big Three, big government, labor and corporate cabal.
Skip the “social” and let’s get back to the basic concepts of justice… Without it, were all screwed!