Today, kindergarteners are taking standardized tests. They are not the state 3rd through 8th exams, but these exams are given multiple times a year. They take up hours. Sometimes these babies take them by computer…sometimes filling in bubble sheets. They have little to no computer abilities and often cannot hold a pencil. Core assessments…post assessments…SLOs….benchmarks…. They put up dividers around the children so they don’t cheat. Cheat at age four? They cannot read!

The USDOE PROMISED NO TESTING UNDER THIRD GRADE. Who will call them out on this blatant lie to parents and educators? The time has come. We are losing a generation. This falls on parents and teachers to stand up. Now.

A concerned NY teacher writes in the following, regarding common core aligned computer testing for which the caveat is, they aren’t “state tests”, but evaluation led assessments nonetheless:

“I am a kindergarten teacher and am outraged by the unfortunate transformation of the primary classroom. Dramatic play areas, sand tables, and water tables have been removed from the classroom (without teacher knowledge or approval) and replaced with computers and developmentally inappropriate practices. Under the new ludicrous teacher accountability evaluation system, 50% of my “score” will be determined by the performance of my 5 and 6 year old students on the standardized test. When parents opt out, what does that do to teachers scores? (I do believe this is solely a tactic to remove more expensive veteran teachers and replace them with inexpensive newer teachers that will not advocate as loudly for student rights.)”

These tests are given via computer to children that cannot use computers, nor read. Parents don’t even know about these tests to refuse them because they’re not told or asked for permission.

Enough is enough. This is HARMFUL, state sanctioned child abuse.

“Mrs. Jones walked around the room, noticing some children haphazardly coloring in bubbles, not worrying about which answers they got right or wrong. But her brightest students were reduced to thumb-sucking and emotional upset, stuck on questions that their little minds wouldn’t be able to answer for several more years.

The teacher’s heart ached for her children. She wanted to help explain the cryptic questions, but there was an observer in the room, insuring she could do no such thing. The Common Core tests had to be administered without assistance.”

NYSED policy regarding the removal of standardized testing for grades K-2 says NO testing. They’ve sneakily gotten around this!

A parent and former administrator of #stopcommoncore in New York Mitchell Rubenstein, writes the following about fears of refusals:
“This is a consistent, damaging MISCONCEPTION… that children opting out hurt the teachers, or hurt the school district…… WRONG !
When children opt out of testing, it HELPS the teacher. The child is scored as NOT TESTED. There is NO testing data produced for that child. This prevents that particular child’s scores from being used as a weapon against the teacher and the school. When most of the children in a particular class opt out, it will be impossible to even pretend that the scores have any validity. (they have no validity anyway, but NYSED pretends that they do).”

Children are a weapon to further the DOE agenda of harming teachers. And yet the children are being harmed. This is shameful. 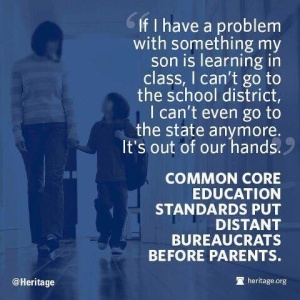